With over 800 lakes and ponds throughout Vermont, and 100 of those infested with aquatic invasive species, the Vermont Department of Environmental Conservation (VTDEC) staff annually monitor and survey priority lakes and ponds along with aquatic invasive species (AIS) considered a severe threat. During the growing season, VTDEC staff routinely survey and monitor Vermont waters to: 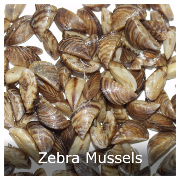 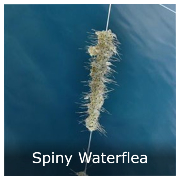 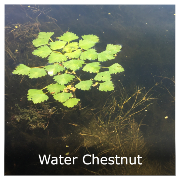 In addition to the extensive Water Chestnut management efforts, annual surveys are conducted on waterbodies where water chestnur was eradicated, and waterbodies that are at a higher risk for an introduction of the species.

The Aquatic Macrophyte Monitoring Program collects baseline information on aquatic plant communities in Vermont lakes by conducting descriptive surveys using a pre-established plant cover scale.  These efforts also track rare, threatened and endangered aquatic plants; information that is shared with the Department of Fish and Wildlife's Heritage Program. This monitoring program has been active since the late 1970s, and discrete survey information is available.

List of Waterbodies in Vermont Infested with an Invasive Species