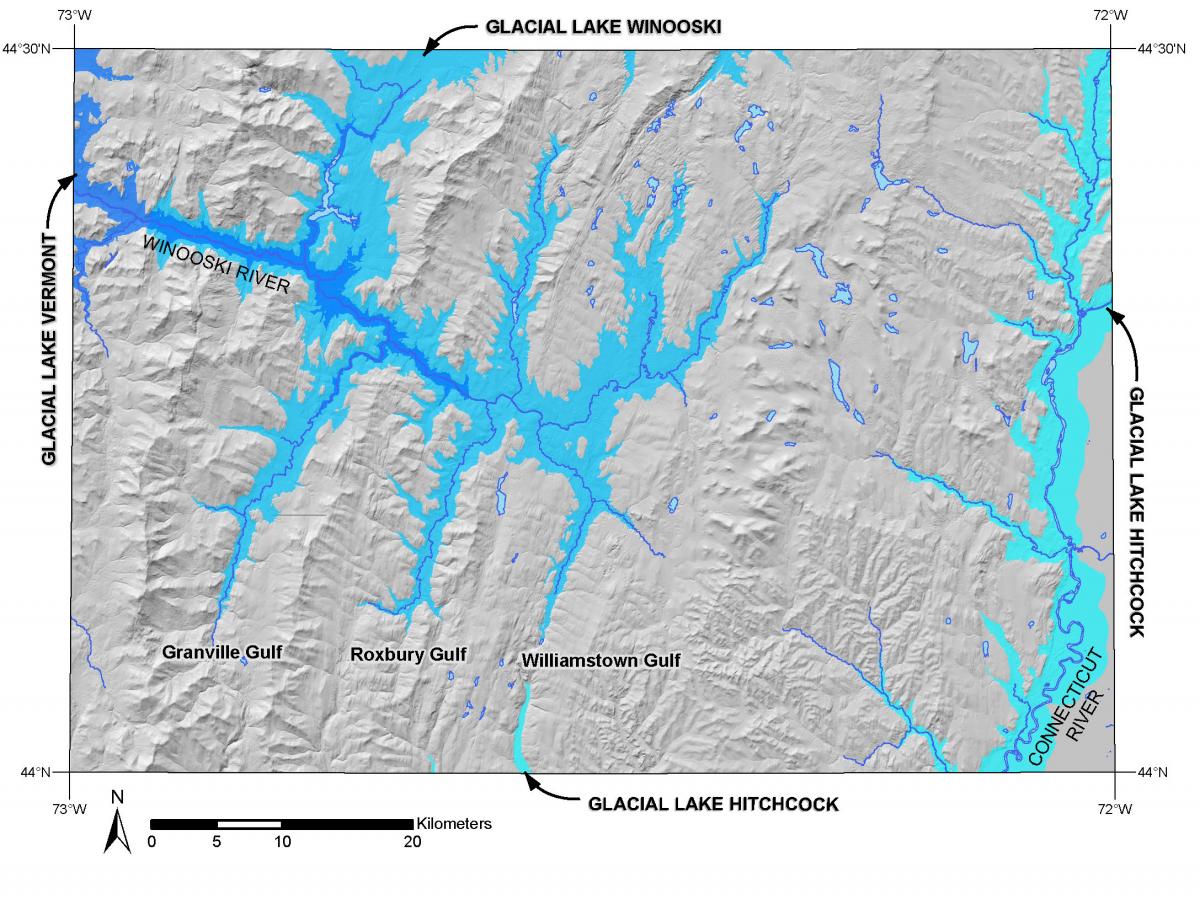 The surficial geologic materials in central Vermont were mostly deposited during the Wisconsinan glaciation in glacial or periglacial environments existing during or shortly after the Laurentide ice sheet retreated across this area ~14,000–13,500 years ago (Ridge et al., 2012; Corbett et al., 2018). The ice sheet was sufficiently thick to completely cover the mountains. Consequently, the mountains are largely mantled by till. Ice-contact sediments, deposited beneath or adjacent to the retreating ice sheet, are found in many of the major river valleys. These ice-contact sediments are largely overlain by glaciolacustrine sediments deposited in several ice-dammed glacial lakes that flooded the valleys (Larsen, 1972; 1987; Wright, 2018). The largest of these was Glacial Lake Winooski which formed when the retreating ice sheet dammed the Winooski River. 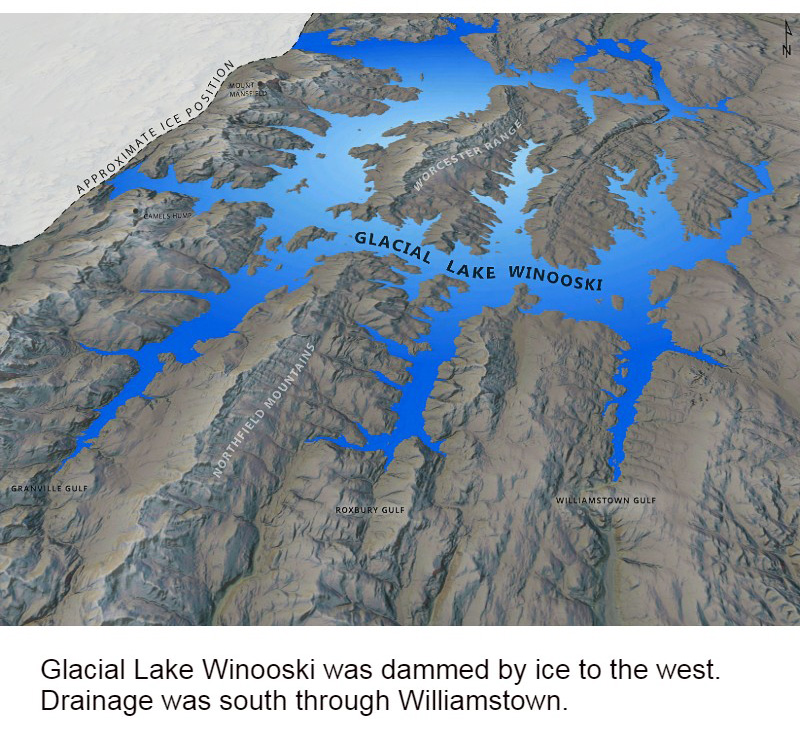 Glacial lake deposits (lacustrine sediments) include both coarser-grained sediments deposited at or near the shorelines of lakes (deltas and beaches) and finer-grained sediments deposited in the deeper quiet-water parts of lakes. Larsen (1972, 1987) outlined the sequence of glacial lakes that occupied the Winooski River drainage basin as the retreating ice sheet dammed the west-flowing river preventing it from draining into the Champlain valley. The highest regional lake, Glacial Lake Winooski, partially drained when the ice sheet margin was near Bolton (southeastern border of the Richmond Quadrangle). As the ice sheet retreated down the Winooski River valley it uncovered in succession two lower outlets allowing lake water to drain through the Huntington River valley and Hollow Brook into the Champlain Valley occupied by Glacial Lake Vermont. 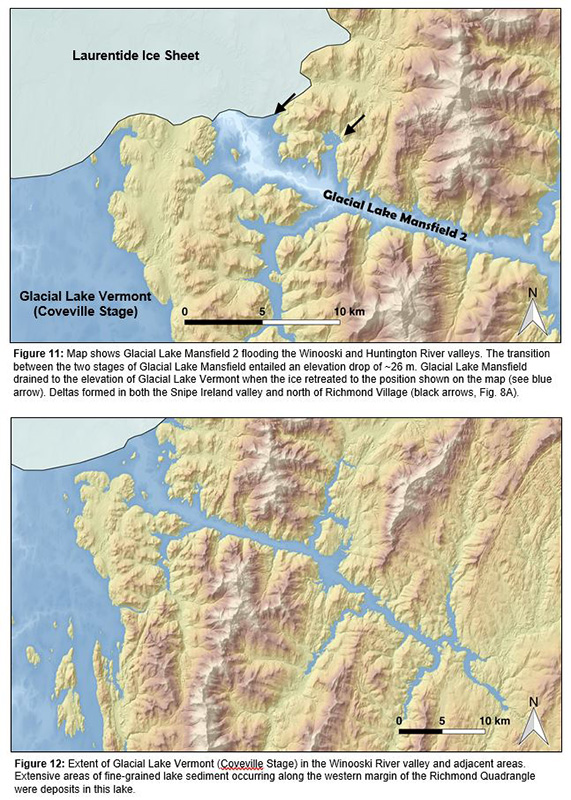 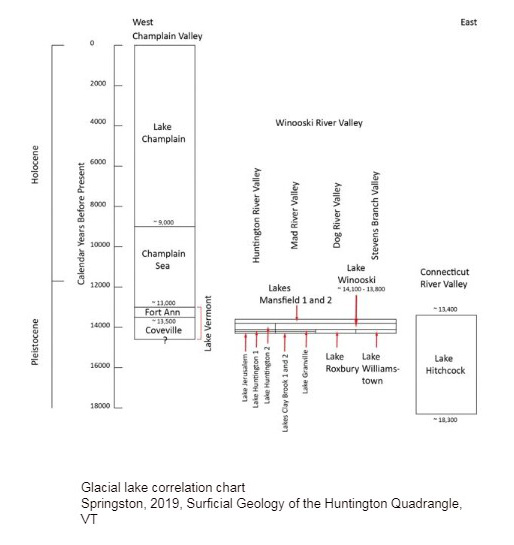