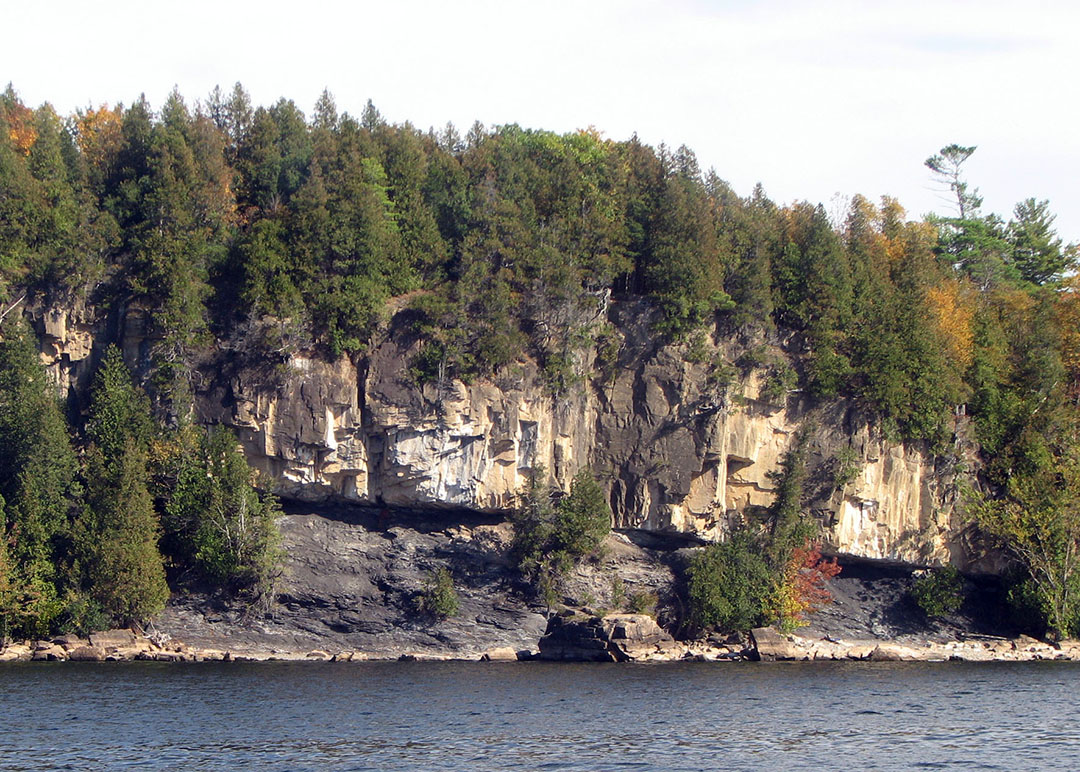 The Champlain Thrust Fault, exposed in western Vermont, extends from Canada south to the Catskill Plateau in New York, a distance of approximately 199 miles. The thrust is a Middle Ordovician, east-dipping fault along which older Cambrian rocks have been placed on top of younger Ordovician rocks, with an estimated throw of 8,850 feet at Lone Rock Point. Current estimates of the displacement along the fault are 35 to 50 miles (Stanley, 1987). The upper plate is composed of the Lower Cambrian Dunham Dolostone, a resistant carbonate rock exposed throughout the Champlain Valley. The lower plate of the fault is the Middle Ordovician Iberville Formation, a dark gray shale with white calcite veins.

The fault contact is a sharp contact visible as a continuous planar surface. Most of the motion on the fault was along this slip surface. The fault zone between the upper and lower plates is marked by a breccia made of fragments and crushed rock from the plates as they moved against eachother. Limestone fault slivers also occur in the fault zone.