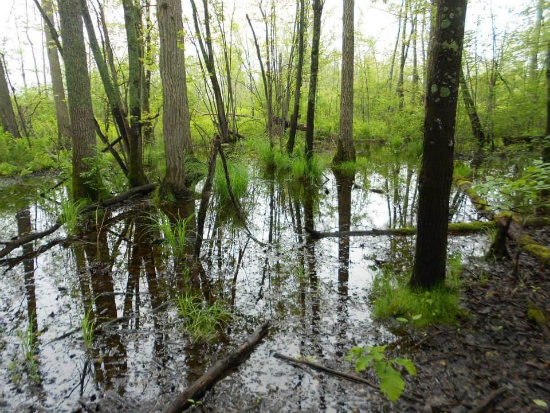 Wetland hydrology refers to the timing and extent of flooding or soil saturation and is considered to be the "driving force" in wetland formation. Rainfall, soil permeability, position in the landscape, surrounding land use, and type of vegetation all influence the hydrology of a wetland. Although hydrology is the most important of the three wetland parameters, it can sometimes be the most difficult factor to determine in the field because water levels in wetlands are often highly variable in the course of an average year.

As an example, floodplain forest wetlands may be flooded for a few days or several weeks during the spring and then as the river's water level falls, water may rapidly drain out of the wetland. Such areas may be dry for the rest of the growing season. Other wetlands with less permeable soils may have a brief period of surface flooding in the spring, followed by a slow retreat of the water table through the summer and early fall. Some wetlands may never have standing water above the soil surface, but the soil may be saturated for several weeks or months during the growing season. If the soil is wet for long enough during the growing season to promote hydric soil characteristics and support hydrophytic vegetation, these areas would all be considered wetlands.

Evidence of wetland hydrology can be either direct or indirect. Direct evidence includes actual observation of soil saturation or flooding, long-term observation of water levels in monitoring wells, records of past floods, and detection of flooding on aerial photographs. Indirect evidence includes water marks and silt deposits on trees, shallow rooting of trees or shrubs, silt-stained leaves on the ground surface, and flood debris. 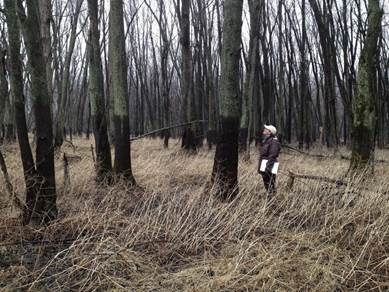 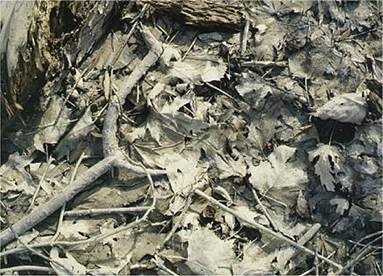