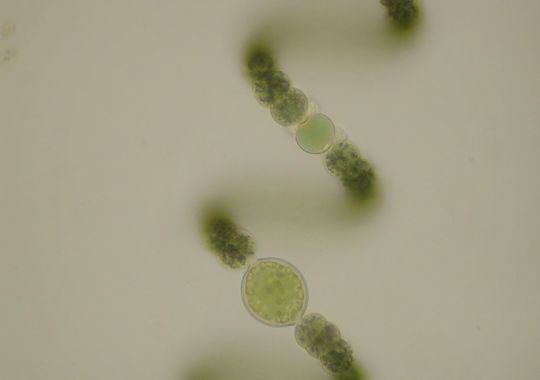 Cyanobacteria are photosynthesizing bacteria that may produce cyanotoxins that can cause illness to exposed human and animal populations.   A bloom is a visually identified concentration of cyanobacteria that discolors the water.  Cyanobacterial cells may be found at the water surface, at a defined depth, or present throughout the water column.

Lake Champlain-sourced, as well as other surface water public drinking systems are potentially vulnerable to cyanotoxins.   In 2015, VDH issued health advisory levels for public drinking water systems for three cyanotoxins: Anatoxin, Cylindrospermopsin, and Microcystin.   DWGWPD has established a practice which specifies protocols to be used when responding to a cyanobacterial bloom and cyanotoxin detection at or above the health advisory levels.   Cyanotoxins are on the USEPA Drinking Water Draft Contaminant Candidate List 4 (CCL-4).