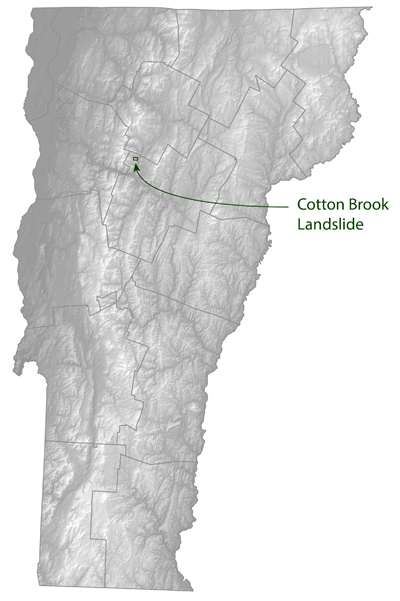 The Geology Division and the Department of Forest, Parks and Recreation are working to map and assess a large landslide in the Cotton Brook drainage of the Mount Mansfield State Forest in Waterbury. The landslide occurred on May 30 or 31, 2019. The main, active landslide area encompasses approximately 12 acres but cracks and scarps in the woods indicate that there are many other detached blocks (additional 2.2 acres). There is a high potential for additional failure, the site is dangerous and trails have been impacted. The landslide area increased by more than 10% in the days following the initial landslide. Given the nature of the underlying surficial deposits, additional slope failures at the site are likely, which could bring down large blocks of trees and soil, potentially causing additional blockage of Cotton Brook.

The landslide resulted in massive sedimentation in Cotton Brook, from the landslide location to the mouth of the brook at the west shore of the Waterbury Reservoir. Geologists from the Geology Division in DEC, Norwich University, and the University of Vermont are continuing to work and research the character of the landslide, the materials and landforms involved, and assess potential causes.
View slide presentation from 7/9/19.  Updated presentation, January 2020

The slope of the landslide surface is approximately 28 degrees and the materials are predominantly fine-grained, lake-bottom silt and sand deposited in Glacial Lake Winooski. A slide surface of very fine silt to clay is visible and has been grooved and striated by the overriding material. The landslide toe extends across Cotton Brook and temporarily blocked stream flow. The brook has now eroded through the landslide material, although there is still an area (approximately 2 acres in size) of impounded water upstream of the landslide.

On Wednesday June 12th, the VT Agency of Transportation (VTRANS), the Dept. of Forest, Parks, and Recreation, and the Geology Division visited the site for additional landslide characterization work and to perform a UAS (Unmanned Aircraft System or drone) survey. The initial images provide a great perspective on the size and character of the landslide. Clip 1: Flight from the Cotton Brook channel to the head scarp at the top of the landslide. Clip 2: View of an active mudflow on the landslide surface comprised of glacial lake sand and clay, cobbles and small boulders.The Vermont Center for Geographic Information produced a web map to display the seamless imagery collected by the VTRANS UAS Program of the landslide and the mouth of Cotton Brook. Click here to report a landslide in other areas of the state. 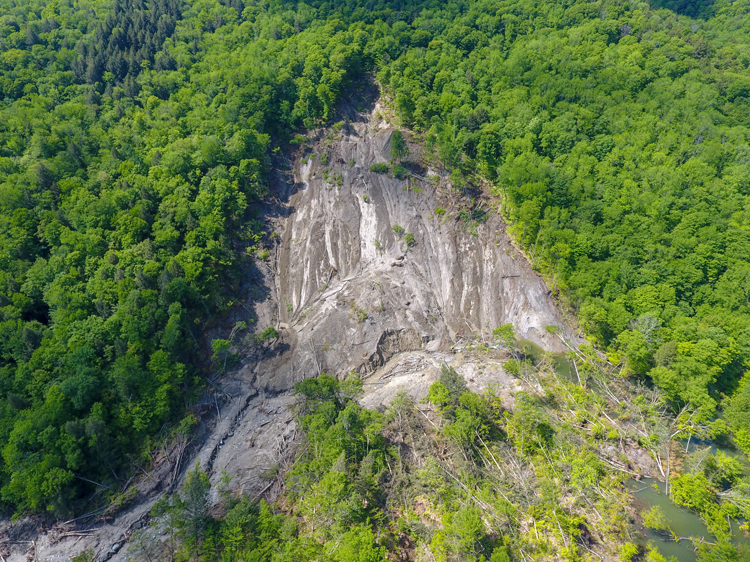 (Image of the Cotton Brook landslide from the VTRANS UAS Program, vantage to the south.) 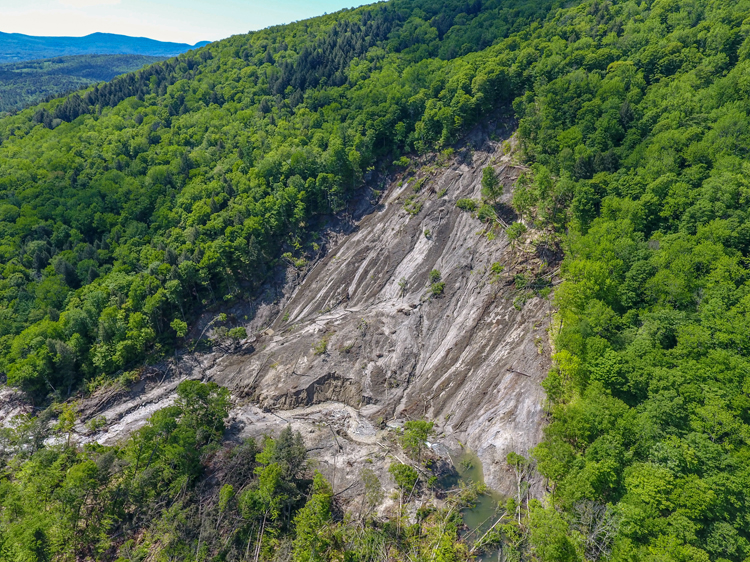 (Image of the Cotton Brook landslide from the VTRANS UAS Program, vantage to the southeast.) 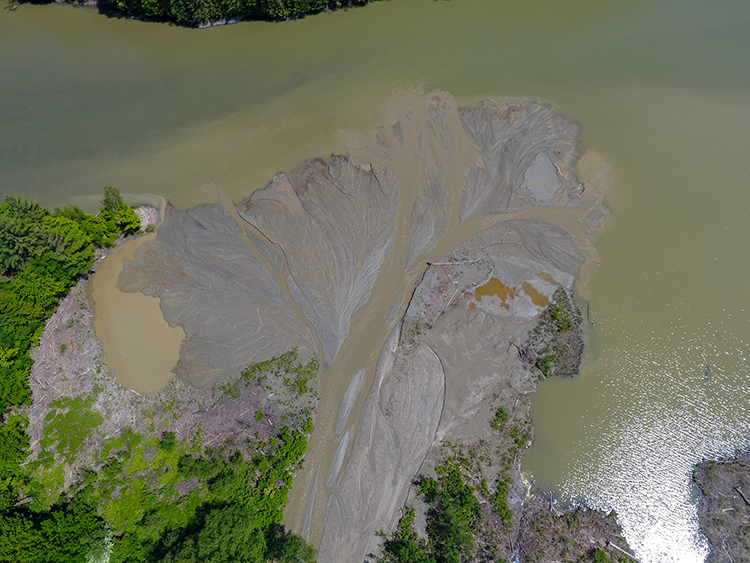 (Image of the mouth of Cotton Brook from the VTRANS UAS Program. North is to the left side of the image.) 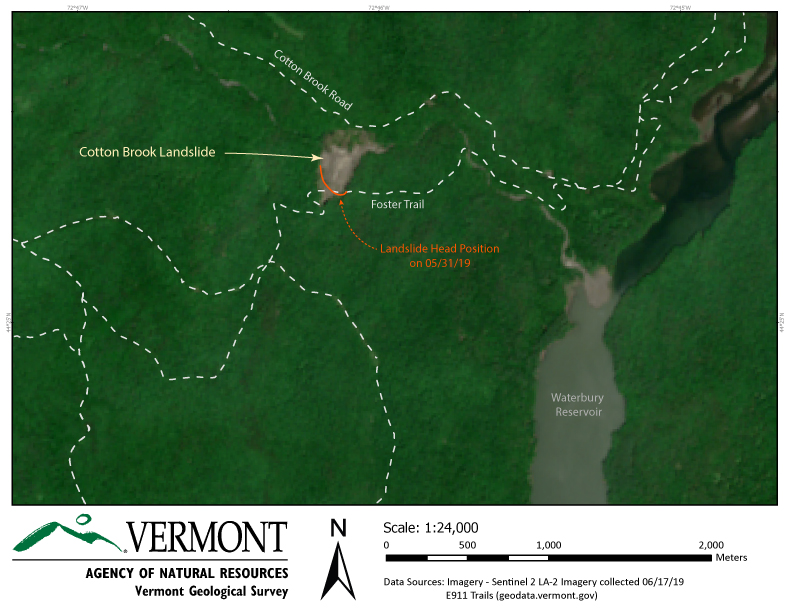 (Above: A map of the area with imagery from the Sentinel 2 LA-2 satellite on 6/17/19 and trails in the area, click to enlarge)

(Above: A panoramic image of the landslide area from the eastern flank. Cotton Brook is located in the bottom right corner of the image) 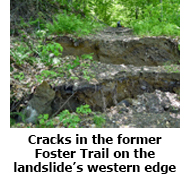 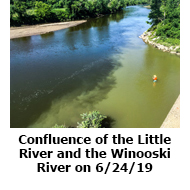 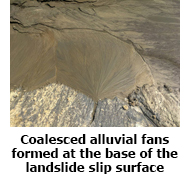 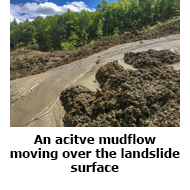 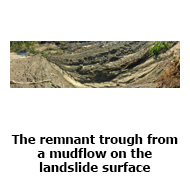 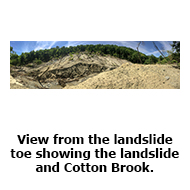