In 2008, the Geological Survey was asked to compile and assess existing datasets related to groundwater in Vermont. Digital datasets used included: 1)1961 Centennial Geologic Map of Vermont (1:250,000 scale), 2) Digital compilation of the 1960-1970 surficial maps of VT at scales of 1:24,000 - 1:62,500, 3) Edited and amended Well Driller database, and 4) Other publically available data such as DEM, soils data, and locations of potential pollution sources.  Results of that work are summarized in the maps below (from VGS OFR VG09-8) and in the poster (above) presented at the Northeast Geological Society of America meeting in 2014.

Water well data used is a derivative set from the DEC well driller database (see ANR Atlas) and includes wells completed between 1961 and April 2008. The data includes 4116 wells identified as "gravel" wells and 92,315 other (mostly bedrock)  wells. A case study of Brattleboro by ANR IT was conducted to test improvement of well locations by linking to E911 addresses. 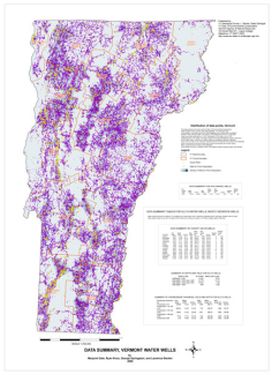 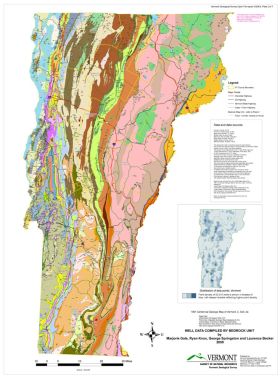 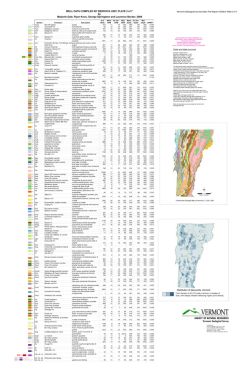 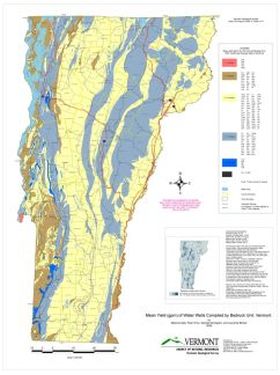 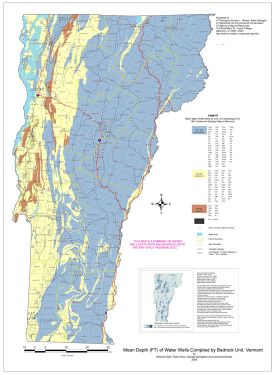 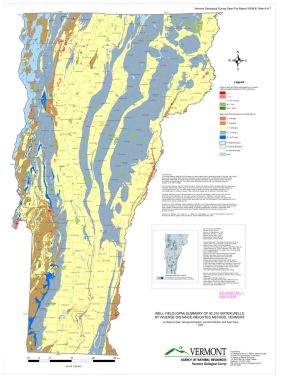 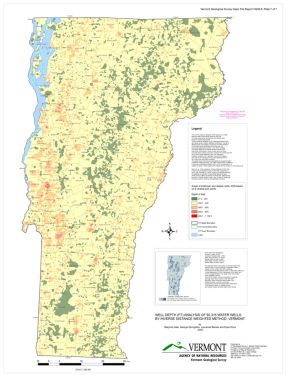 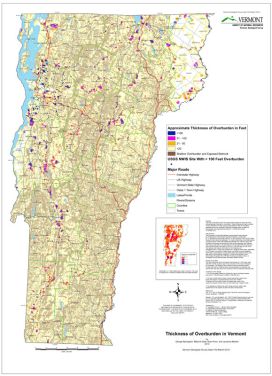