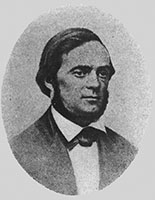 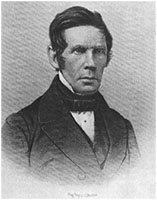 No picture available. Augustus Young (1785-1857) was appointed as Thompson's successor by Governor Stephen Royce in February 1856. 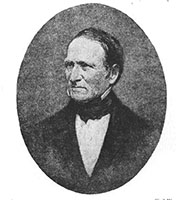 History of the Vermont Geological Survey & the State Geologist Gallery

The mission of producing a geological and mineralogical survey of the state guided the establishment of the Vermont Geological Survey. This Survey would provide a full scientific examination and description of the state's rocks, soils, metals and minerals. Charles B. Adams (1814-1853) was appointed the first Vermont State Geologist by Governor William Slade in March of 1845. The survey progressed slowly over the years due to little funding. Several annual reports were published, but the first geologic map of Vermont was not completed until 1861. The purpose of the Survey fell into ambiguity for some years until State Geologist George W. Perry was given a small annual budget to prepare and maintain a systematic statistical report of Vermont's mineral resources. George H. Perkins (appointed in 1898), produced eighteen biennial reports devoted to the state's mineral resource potential. 1933-47, Eldridge Jacobs held the position with some focus on mineral resources and even seismology.

Charles Doll's legacy (1947-76) is the production of both the 1961 Centennial Geologic Map of Vermont and the Surficial Geology Map of Vermont in 1970. From 1976-1991, Charles Ratte successfully transferred the responsibilites of the Survey from the University of Vermont to the Agency of Natural Resources, performed a survey of radioactivity in Vermont rocks and grappled with the issues of radioactive waste siting in Vermont. In 1989, he spirited legislation through the State House that redefined the mission of the State Geologist. Diane Conrad, Vermont's first female State Geologist (1991-1995), managed the passage of the Texas/Vermont/Maine Low-level Radioactive Waste Compact through the Vermont Legislature. Her vision established the method for placing new bedrock geologic maps into digital GIS format. Laurence R. Becker, Vermont's 13th State Geologist  (1995 - 2014),  managed bedrock and surficial mapping programs and applied geologic studies. Becker's tenure saw the completion of a new bedrock geologic map in 2011, a 25-year joint project of the Survey, the US Geological Survey, and the University of Vermont. Marjorie H. Gale, a geologist at the Survey since 1995, became the 14th State Geologist in 2014 and retired in 2020. She carried on the legacy of previous State Geologists managing geologic, groundwater and hazard mapping programs and providing advice and aid to state agencies and the public. She worked diligently to align programs with needs of the Dept. of Environmental Conservation and promoted a regional coalition of New England geological surveys. Jon Kim, geologist with the survey since 1997, assumed the role of Acting State Geologist from April 2020 -January 2022, continuing the VGS mission during the COVID-19 pandemic. Ben DeJong, our current State Geologist, began his tenure in January 2022. Read more about the VGS history. 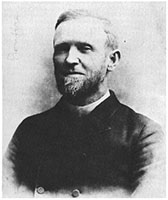 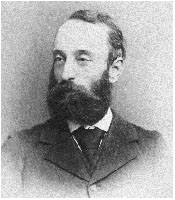 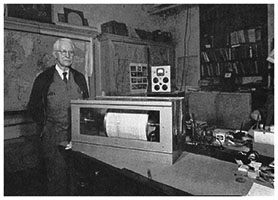 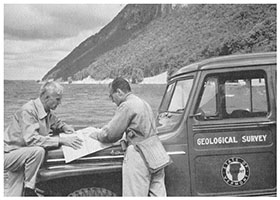 Ratte (1927-2019),Vermont's 11th State Geologist, successfully moved the Survey from UVM to the Agency of Natural Resources and redefined the mission of the State Geologist. 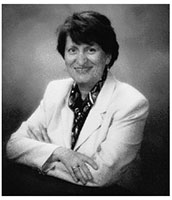 Diane Conrad, Vermont's 12th State Geologist and first woman to serve in that role, served from 1991-1995. 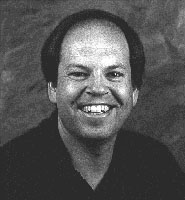 Becker, the 13th State Geologist, was key to developing Vermont's groundwater mapping program and other applications of mapping. 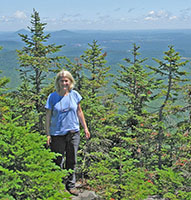 Gale, Vermont's 14th State Geologist, was one of the principal authors of the state's landmark 2011 bedrock geologic map. She served as State Geologist from 2014-2020, managing the Survey's activities, mapping and interdisciplinary research programs and advising the legislature on various geological issues. 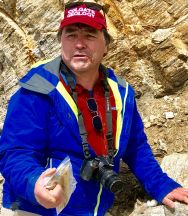 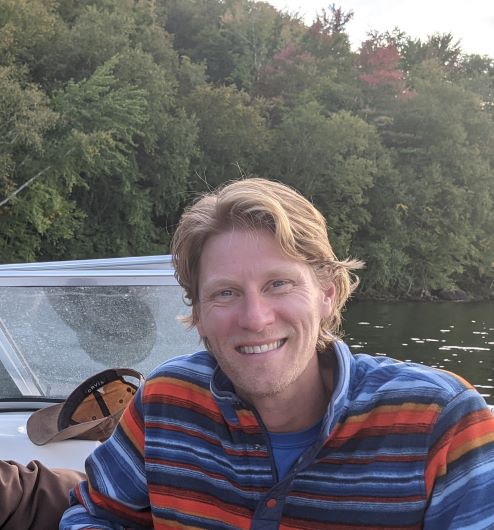 DeJong, Vermont's 16th State Geologist, joined the Survey in 2022.  DeJong has performed geological and hydrogeological investigations in Vermont and beyond as a Professional Geologist, taught a number of geology courses at Norwich University, and supported mapping projects with the United States Geological Survey.