What is an earthquake?

An earthquake occurs when two blocks of the earth slip past each other. This slip surface is known as a fault. When the edges of faults stick together, but the rest of the earth's surface is moving due to plate tectonics, pressure builds up along these surfaces. Eventually, the built up pressure will release in the form of energy called seismic waves. Seismic waves shake the earth as they move through it, and when they reach the surface they shake anything on it, like the ground, roads, buildings and us. This process of energy release is an earthquake.

What are tectonic plates?

Tectonic plates split the earth's outer crust into distinct pieces that are always slowly moving on top of the hot, yielding mantle layer.

Most earthquakes occur at collisional plate boundaries (interplate), but some occur within the plate (intraplate).

Even though earthquakes on the eastern coast of the United States are relatively low in magnitude, soft sediment deposists such as sand or clay amplify the seismic waves causing them to increase ground motion. Soft sediments are lower in density than solid rock, so earthquake waves pass more slowly through them compared with the bedrock. As the wave slows down, it increases in amplitude creating a larger wave with more energy. More energy equals more ground disturbance. 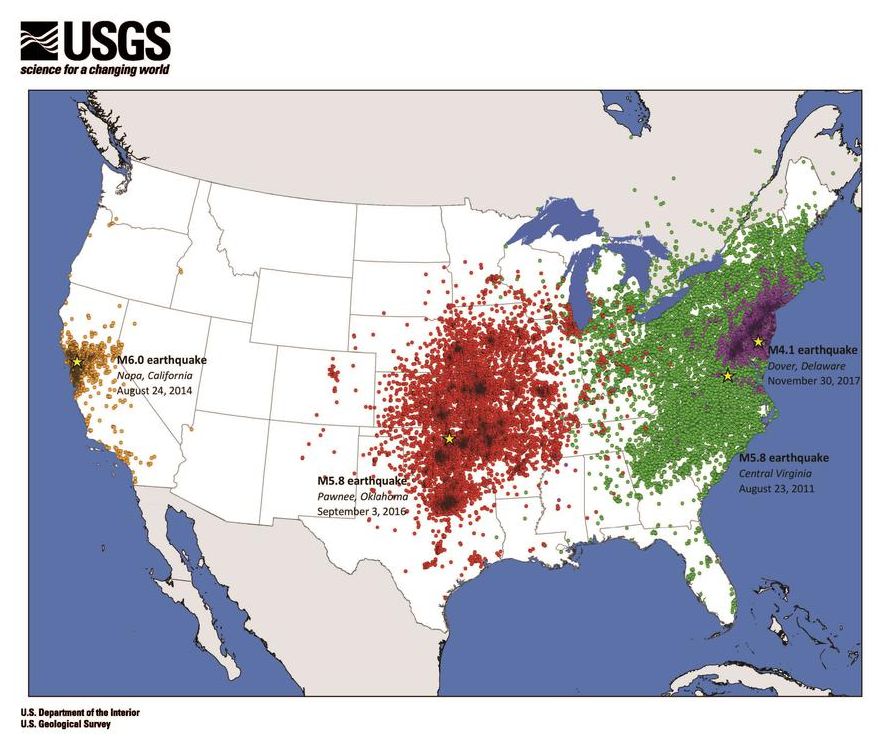 This map from the USGS "Did You Feel It?" data shows that earthquakes in the east are felt over larger areas than quakes on the west coast.