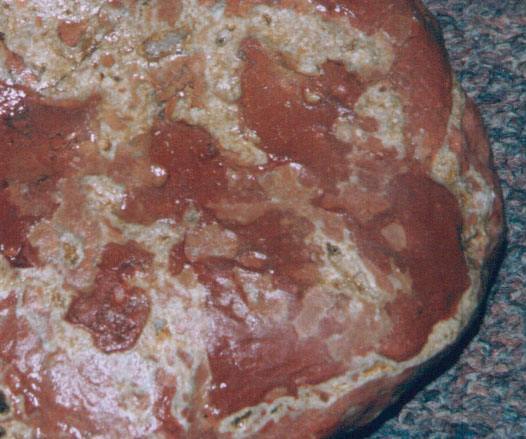 The Cambrian (543– 490 Ma) formations in NW Vermont are, from oldest to youngest: Cheshire Quartzite, Dunham Dolomite, Monkton Quartzite and Winooski Dolomite. The depositional sequence consists of alternating quartz-rich clastic sediments and carbonates. All the units record deposition in shallow water along a continental margin in the Iapetus Ocean, a warm shallow sea.

Although the rock types record sedimentation on the continental margin, younger structures in the rocks record Taconian, Acadian and Mesozoic deformation in response to plate collisions and eventual rifting to form the current Atlantic Ocean. The Taconian Orogeny, an island arc-continent collision, was responsible for fault and fold deformation around 450 million years ago. The thrusts were re-activated during the Acadian Orogeny around 350 million years ago when the Iapetus Ocean closed and the eastern portion of New England collided with Laurentia. The resulting supercontinent of Pangea began to break up around 200 million years ago and the high angle faults in the Champlain Valley area are considered coincident with that event.

The Dunham Dolostone in Vermont is Lower Cambrian in age (Olenellus zone; it also contains Salterella conulata, which is an enigmatic fossil of lower Olenellus zone age). The Dunham has been dolomitized several times. Because it is of peritidal origin, it's possible that some dolomite is "primary" (i.e. deposited under evaporite conditions as a magnesium-rich calcite) but the dolomitization of the entire Cambrian sequence in western Vermont (>1 km thickness) probably is associated with dewatering of the basinal shales during the Taconic Orogeny (pore water from deforming muds get driven up-shelf, probably along faults).  The color difference in the mottled Dunham is somewhat unclear.  Some of the red color is due to variation in the distribution of the terrigenous components (silt and clay, both bearing iron) but some of the red is in pure carbonate. We know that the dolomite also contains traces of iron.  The Dunham has a lot of shallowing-upward cycles (SUCs) in it, probably from tidal flat progradation.

The white and red mottled Dunham was marketed as a red or oriental marble. The mottled texture that led to this being called a marble is due to several factors:
1) Bioturbation.  The unit is quite burrowed.  The burrowing creates microporosity differences that affect the way fluid moves through the sediment.
2)There was early lithification - some horizons are almost flat pebble conglomerate in texture.
3)Finally, there is some differential compaction.