Making the 2011 Bedrock Map of Vermont

What is a bedrock map?
A bedrock geological map shows the type of intact, solid bedrock at or near the earth's surface. The map is used to predict the nature of the bedrock at depth or where it is obscured  by surficial material (sand, clay, till etc).  Geologists observe the exposed rock types and structures (folds, faults, fractures) in the field, sample the rock for microscopic(petrographic), chemical, and geochronological studies, then use this information to develop a three dimensional model of the underlying bedrock and to understand the depositional and deformational history of Vermont. A bedrock map generally includes rock descriptions, age relationships (stratigraphic sequence), and major and minor structural data used to portray a three dimensional model of the rock on a two dimensional topographic base map.

How was the map made? 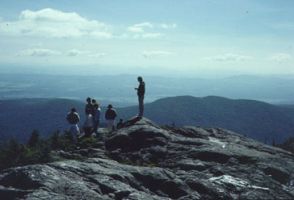 The Vermont Geological Survey (VGS) at the Agency of Natural Resources (ANR), the United States Geological Survey (USGS), University of Vermont geologists and students, and geologists affiliated with other New England colleges participated from the early 1980's to 2011 in a cooperative venture to produce the new bedrock geological map of Vermont at a scale of 1:100,000. The bedrock map geological map is based on work which incorporates the understanding of plate tectonic theory and differs significantly from the 1961 map. The new map incorporates field mapping studies at scales of 1:5,000 to 1:250,000 conducted over 25 years by more than 60 geologists. In  1984 the plan was for northern VT  to be mapped by UVM and students of Doolan, Stanley and Mehrtens; southern and eastern VT was to be mapped by USGS geologists. The proposed method in the north was to complete three east-west traverses then connect lines between the traverses. Most mappers began heading east then took some serious right or left hand turns (see map status in 1997)! Mapping was done by pace and compass on a variety of base maps and  there was no use of GPS or digital mapping in 1984. Maps were hand drafted in ink on mylar, then  hand colored ( a fine art using all the available prismacolor pencils). The entire process from field work to map publication was (and still is) labor intensive. To see how progress was made from field work, to digital maps, to the new compiled publication, glance through the pictures and text below. 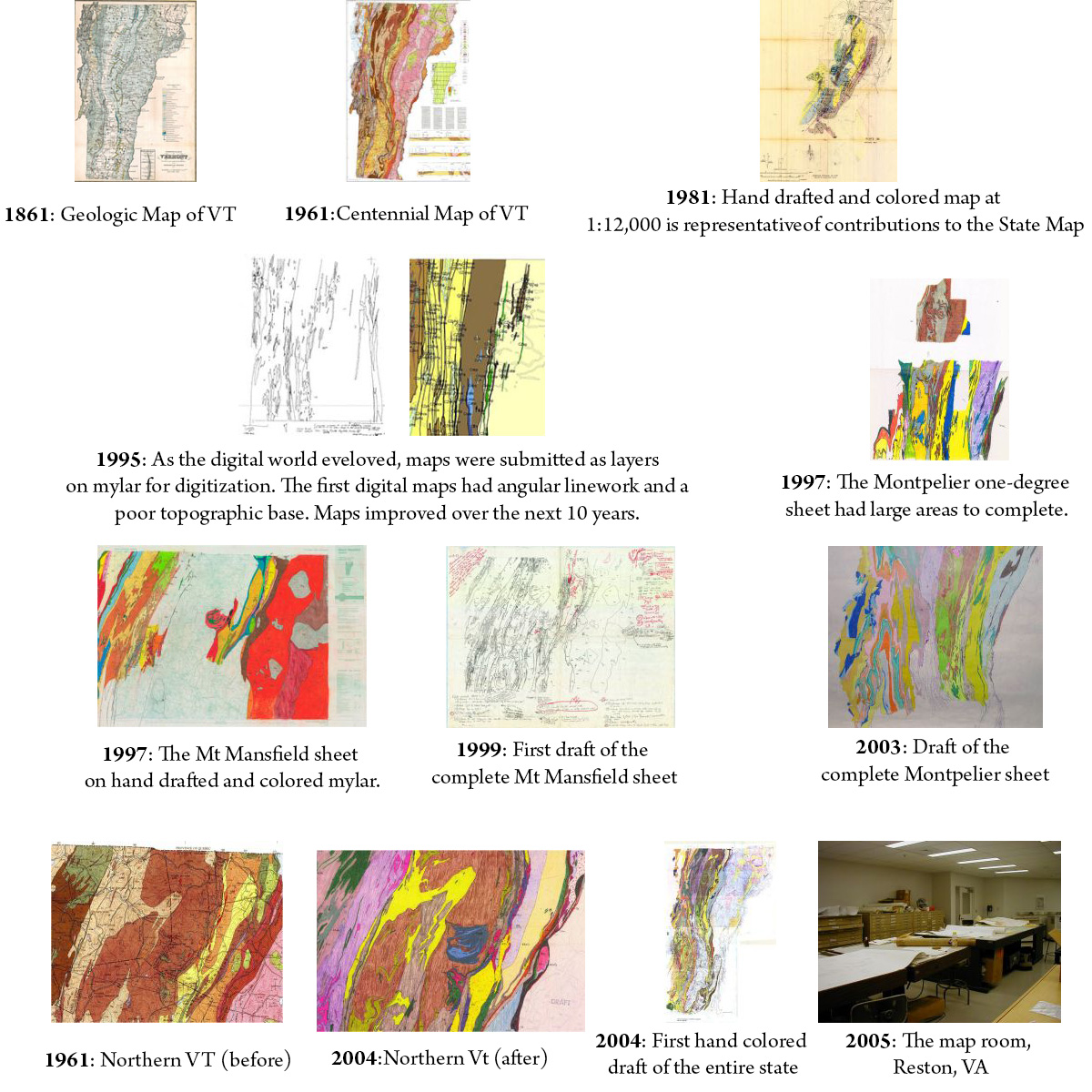 Preliminary one-degree sheets were produced from 1997-2001. During 2001-2006 we compiled and edited the complete map, unit descriptions, and correlation chart, conducted reconnaisance and new mapping in order to meld the one-degree sheets, and prepared the map and cross-sections for scientific review.

2006-2011 found the map in the good hands of the USGS technical editors and cartographic group  (Estabrook, Masonic and Stettner) and with GIS data to be completed by Walsh. The  hand-drafted/colored maps, correlation chart and description of map units were digitized in in Adobe Illustrator. Cross-sections and a tectonic map were completed in 2008, in time for  scientific peer review by Hatcher and Tucker. The geologic names were reviewed and final corrections were  made, with Walsh also reviewing the work as part of the GIS conversion. 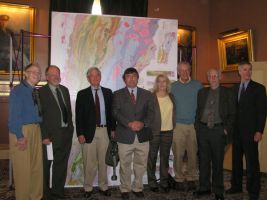 We presented the map and a series of talks at The New Bedrock Geologic Map of Vermont: New Answers, New Problems, and New Uses of Bedrock Geologic Data, a symposium at NE/SE GSA in March 2010. The map was printed by USGS on 2-22-2012 and unveiled at the Vermont Statehouse on April 11, 2012.  H.C.R. 340: House Concurrent  Resolution thanked the staff of the Agency of Natural Resources, academic and scientific institutions, and community members who contributed to the development of the new Bedrock Geologic Map of Vermont.

The map is on permanent display in Reston, VA and at the Perkins Museum, Delehanty Hall, Geology Dept., University of Vermont, Burlington, VT. The map is available for purchase for $36.00 through the USGS and the VGS.

More Links:
US Geological Survey Press Release
Hear about the map on Vermont Edition or the presentation at the Statehouse on WCAX
Bedrock Geologic Map of Vermont -The Inside Story