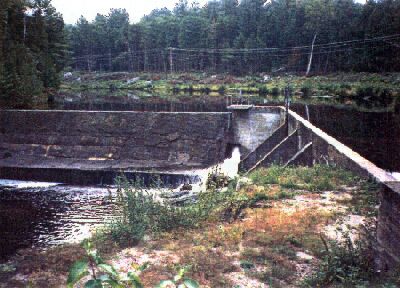 Dam removal has in recent years been used as a tool to restore rivers while addressing the on-going problems of aging, and deteriorating, infrastructure. Of the 1,200 known dams in Vermont, many no longer serve a useful purpose and impose legal and financial burdens on their owners. In some cases, removal of these dams makes sense for economic, public safety, ecological or social reasons.

Dam construction in Vermont began in the 18th century while Vermont was still disputed territory between New Hampshire and New York. The earliest dams were built to provide power for mills which often were central to the communities that developed around them. As time passed, the use of these dams may have changed from providing power for a gristmill or sawmill to other types of commercial enterprises. Shortly before the turn of the 20th century, hydroelectric power development began, sometimes at former mill dam sites. 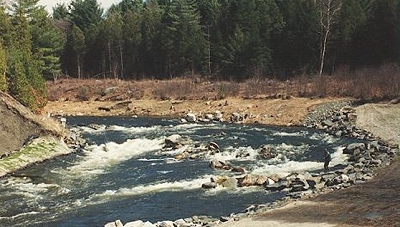 As the reasons to build and maintain dams has changed over time, so have attitudes about rivers. At one time, rivers were viewed mainly in economic terms: to power mills, provide transportation or receive waste. By the late 1960s, the public placed more importance on the ecological, recreational and aesthetic value of rivers, and laws to protect and restore rivers were enacted.

However, many dams remain in place although they no longer are used for their original purpose and in many cases, serve no use at all. Many of these dams are old and are falling into disrepair, creating safety hazards and raising the potential for downstream ecological impacts in the event of failure. In addition, many continue to cause significant ecological impacts. At the same time, they are often considered a permanent feature of the community, since most have been extant in people’s living memory.

In Vermont, approximately 1,200 dams are listed in the Vermont Dam Inventory. We know that there are additional, uninventoried dams, making the actual total even higher. While several hundred are valued and properly maintained, others are not and are slowly deteriorating. Some have been essentially abandoned. It is these dams – those that no longer serve a useful purpose, impose legal and financial burdens on their owners, create potential safety hazards and cause ecological impacts – that have been the focus of dam removal efforts in Vermont and nationwide.

Questions about dam removal? Contact Jeff Crocker at 802-490-6151 or jeff.crocker@vermont.gov